It is only fair that the most famous spy in the world should get to drive a great car now and again. 007 has certainly had a few opportunities to impress us with his driving skills, but it takes a great car to bring out the best in any skilled motorist. Here is just a selection of some of the most memorable cars that James Bond has used during his adventures.

If the Aston Martin was the 077 car of the sixties then the Lotus Esprit was the one he favoured in the seventies. This car was used in the 1977 movie, The Spy Who Loved Me. The thing that really made the Lotus Esprit notable was that it could be used underwater as well as on land. As you would expect it came with plenty of spy gadgetry; probably more than any other previous Bond car. The underwater action is probably the most memorable from the whole film and made the Lotus Esprit a name forever associated with James Bond. In 1981 the Lotus Esprit Turbo was used in For Your Eyes Only, but it did not feature as predominately as the original Lotus Esprit; in fact 077 isn’t using it long before it explodes.

This elegant car was used in the 1997 movie, Tomorrow Never Dies. This is another one of Bond’s cars that comes with all the gadgets. It also came equipped with some great security features including a security box and a bulletproof car body; only Bond’s fingerprints can allow access to the car. At the beginning of the movie Q attempts to explain all of the wonderful gadgets available in with the model but 007 only managed to understand about half of what the car is capable of doing.

The BMW Z8 was used in the 1999 film, The World is Not Enough. Q spent a lot of time equipping this model with plenty of gadgets but we only get to see Bond using a few of these devices before the car is destroyed. It comes with a remote control so that there is no need to walk to the car; it can come to you.  The BMW Z8 also comes equipped with a handy surface-to-air missile.

The 2002 film, Die Another Day, introduced another great Aston Villa; this time the V12 Vanquish. This time the car comes with adaptive camouflage which means that it can be made invisible; this has to be the most impressive gadget out of any of the James Bond movies. This invisibility is created by polymer skin that is able to project the image of the surrounding scenery and thus making the car blend completely into its surroundings.  The Aston Martin V12 also comes equipped with an ejector seat that Bond is forced to use during a car crash. 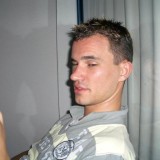 I’m a automotive journalist who's driven new cars on highways, back roads and racetracks all over the world.

One reply on “James Bond Cars”

I like to James Bond 007. The film is my favourite.

This site uses Akismet to reduce spam. Learn how your comment data is processed.